ArtPrize has awarded $450,000 directly to artists, which comes from grants and through prizes which the public decides through the ArtPrize website.

From it’s origins, it’s a city-wide art competition within a 3-square mile district in downtown Grand Rapids. It was open to any artist age 18 and up. During the first 11 days, visitors could view the entries and take note of the ones they wanted to vote for.

This was not to be a run-of-the-mill art competition. Some very creative minds back in 2009 invented ArtPrize, where any artist in the world could compete with no limitations. The venue would not be contained to one place- if a property owner in Grand Rapids wanted their storefront to become a “canvas,” it became one. And the public would vote to decide who would win the cash prizes.

So on September 23rd, 2009- 1,262 artists from 14 countries and 41 states entered their pieces for ArtPrize, and Grand Rapids wasn’t quite prepared for the 200,000 people that arrived for the two-week event. Over the past years, ArtPrize has featured thousands of artists artists, over $1.5 million prizes and brought over one million visitors to Grand Rapids.

In 2018, ArtPrize organizers announced that the event would occur every other year with a smaller, scaled-back event known as Project 1 held during the off years.

Going forward, ArtPrize will look a bit different as the original organizers decided to turn all creative, technological, and communications platforms over to a new partnership between Downtown Grand Rapids Inc., the city of Grand Rapids, and Kendall College of Art and Design of Ferris State University.

Those three organizations will, together, determine how the event will look going forward. 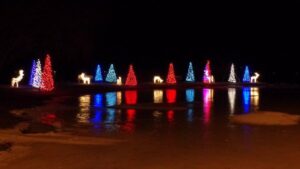 Bear Lake’s Sparkle in the Park

Come see thousands upon thousands of Christmas lights set up in nearly 50 holiday displays at Hopkins Park in Bear Lake. 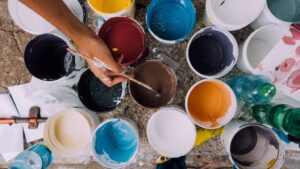 Ludington has many businesses to help you enjoy crafting and appreciate the finished product. Let them help you create your own masterpiece! 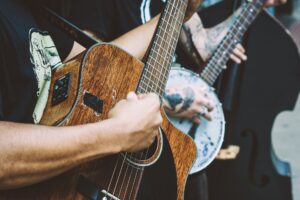 The communities along Lake Michigan are blessed with talented actors and musicians that entertain us throughout the year. 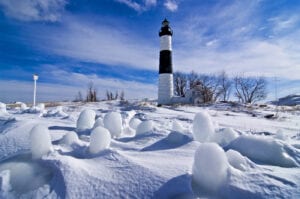 The park remains open year-round for hiking, snowshoeing, activities to give those who love winter something fun to look forward to! 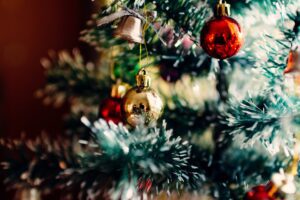 Arts & Crafts Shows and Bazaars during the fall/winter in West Michigan have handcrafted and specialty items for your Christmas gift giving. 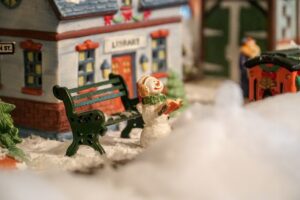 Pentwater’s Christmas in the Village

Pentwater’s Christmas in the Village, held throughout the month of December, has carriage rides, shopping, craft fair, and more.