Photo by Dennis Buchner on Unsplash.com

Benzie County is filled with “Up North” scenery and that wonderful Northern Michigan feeling. Whether Benzie County is your destination, or if you are passing through on your way to Traverse City or the Sleeping Bear Dunes National Lakeshore, there is so much to see and do!

Benzie County is home to the southern most section of the Sleeping Bear Dunes National Lakeshore, which runs along the coast line of Benzie and Leelanau counties. Within this region is beautiful Crystal Lake with its numerous summer homes, and Platte Lake. Whether you travel up scenic M-22 or US-31, stop into one of the small towns in Benzie County, like Frankfort, Elberta, Benzonia, and Beulah.

Inspiration Point provides one of the best views of Lake Michigan in Benzie County. Right along M-22 Scenic Highway, the breathtaking view of Lake Michigan is worth the climb to the top of the stairs of the scenic lookout. Not only is the view of the lake amazing, but you’ll see miles and miles of countryside from the surrounding land. Telescopes have recently been added to two different levels of deck at the scenic lookout, and you might even get a glimpse of Wisconsin’s shore.

Right along the shore of Lake Michigan, Frankfort is a charming town with pristine beaches, beautiful Victorian homes and a fantastic downtown shopping district. From Farmer’s Markets to art galleries to specialty shops, you’ll enjoy walking from store to store. A variety of restaurants are in abundance to provide you with the finest dining experience. Be sure to visit both Point Betsie Lighthouse and Frankfort North Breakwater Lighthouse for great views of Lake Michigan and try your hand at fishing.

The village of Beulah is just two minutes north of Benzonia, and right along the shores of Crystal Lake on US-31. Known for its small, friendly stores, antique shops and the Cherry Hut restaurant, Beulah is a friendly, small town of less than 400 people.

Less than 10 minutes north-east of Beulah along US-31, Honor is another friendly small town in the heart of Benzie County. Honor is located in a beautiful river valley along a top-notch Trout Stream called the Platte River.

Each year during the month of August, this sleepy little town comes alive to host the “National Coho Festival,” honoring the ‘salmon run’ along the first river that began salmon fishing in Michigan. Honor is known as the Coho Capital because each year, Coho Salmon make their way back up River to their birthplace, the Platte River State Fish Hatchery just outside of town. 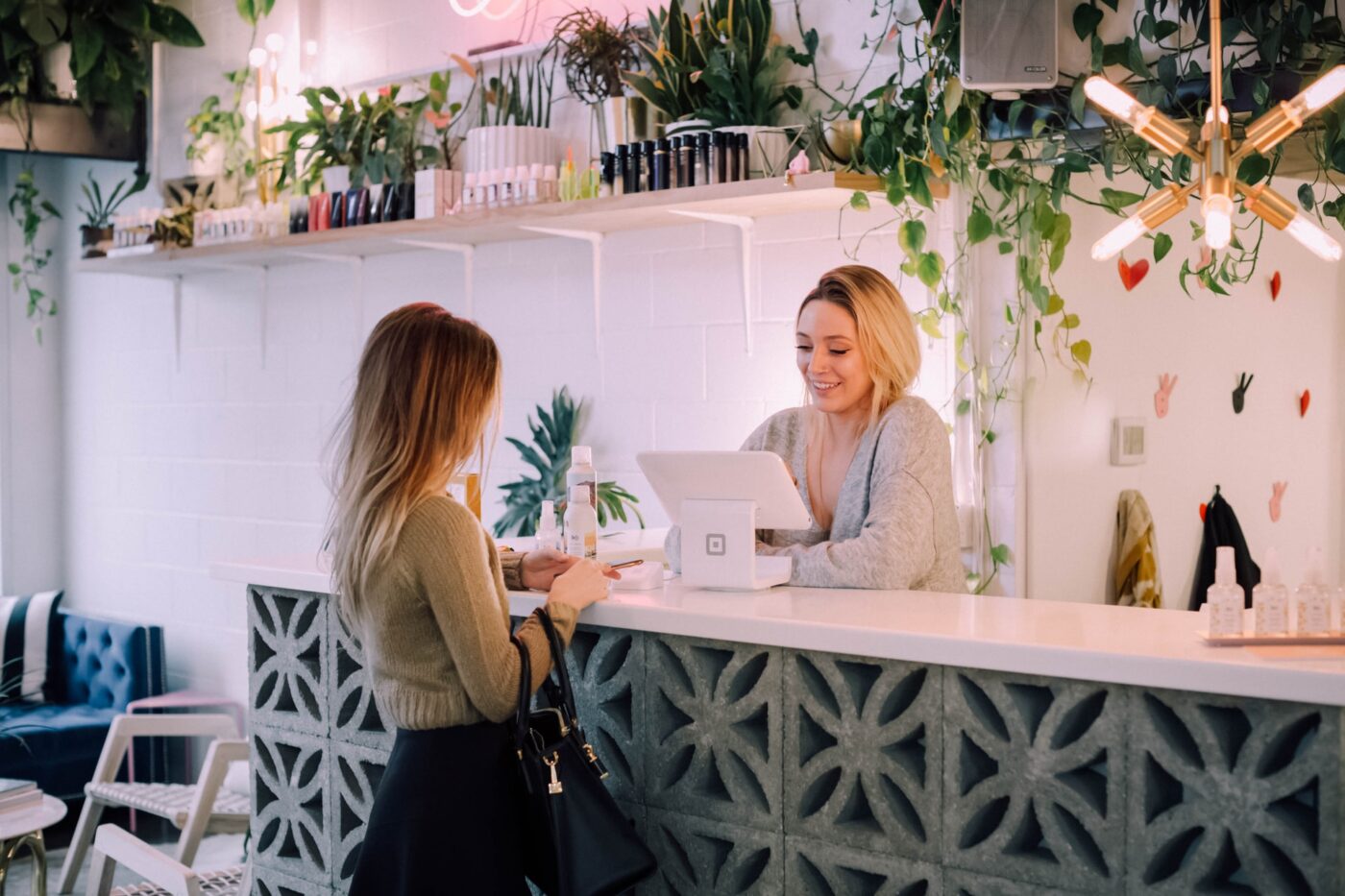 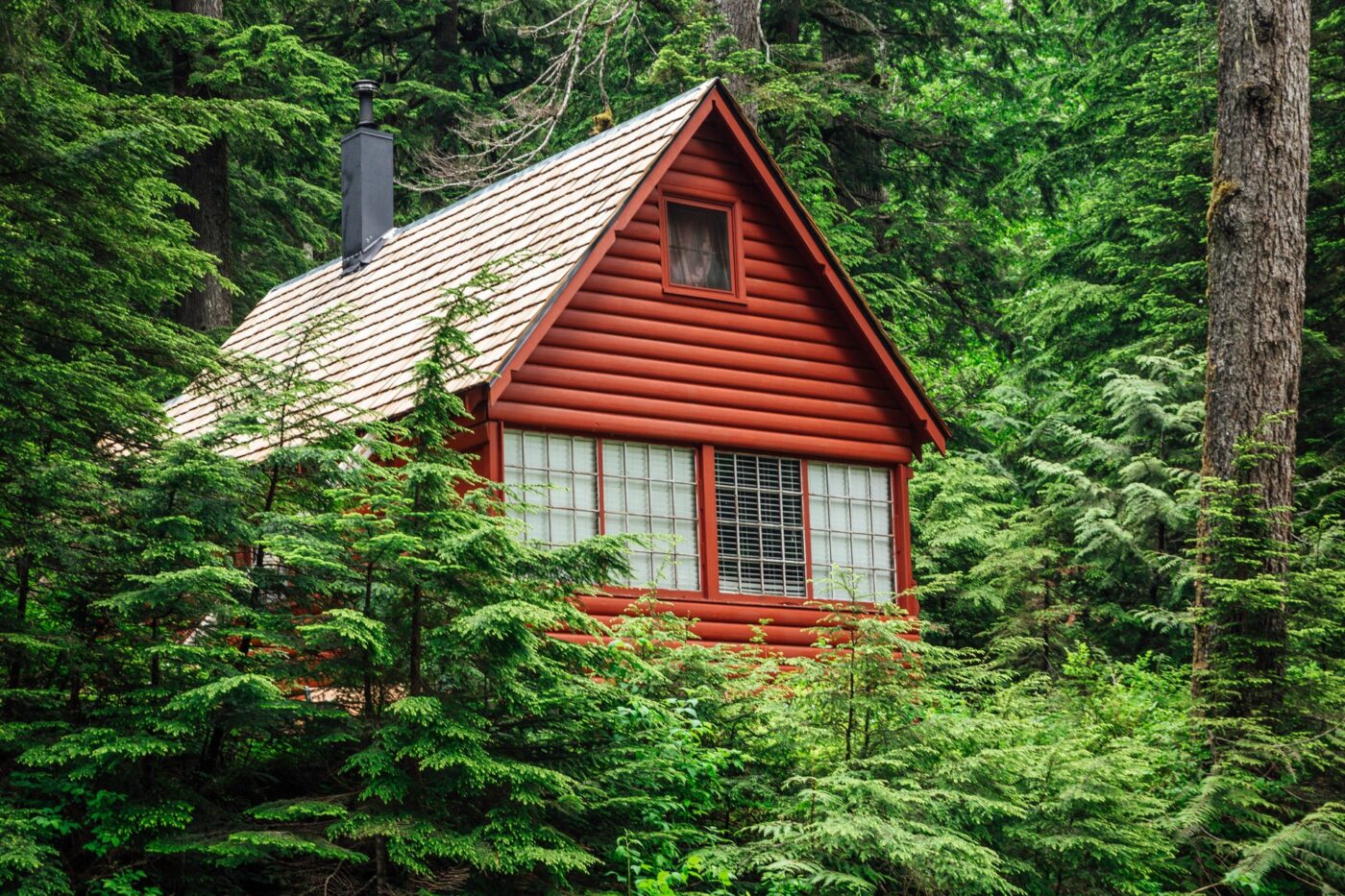 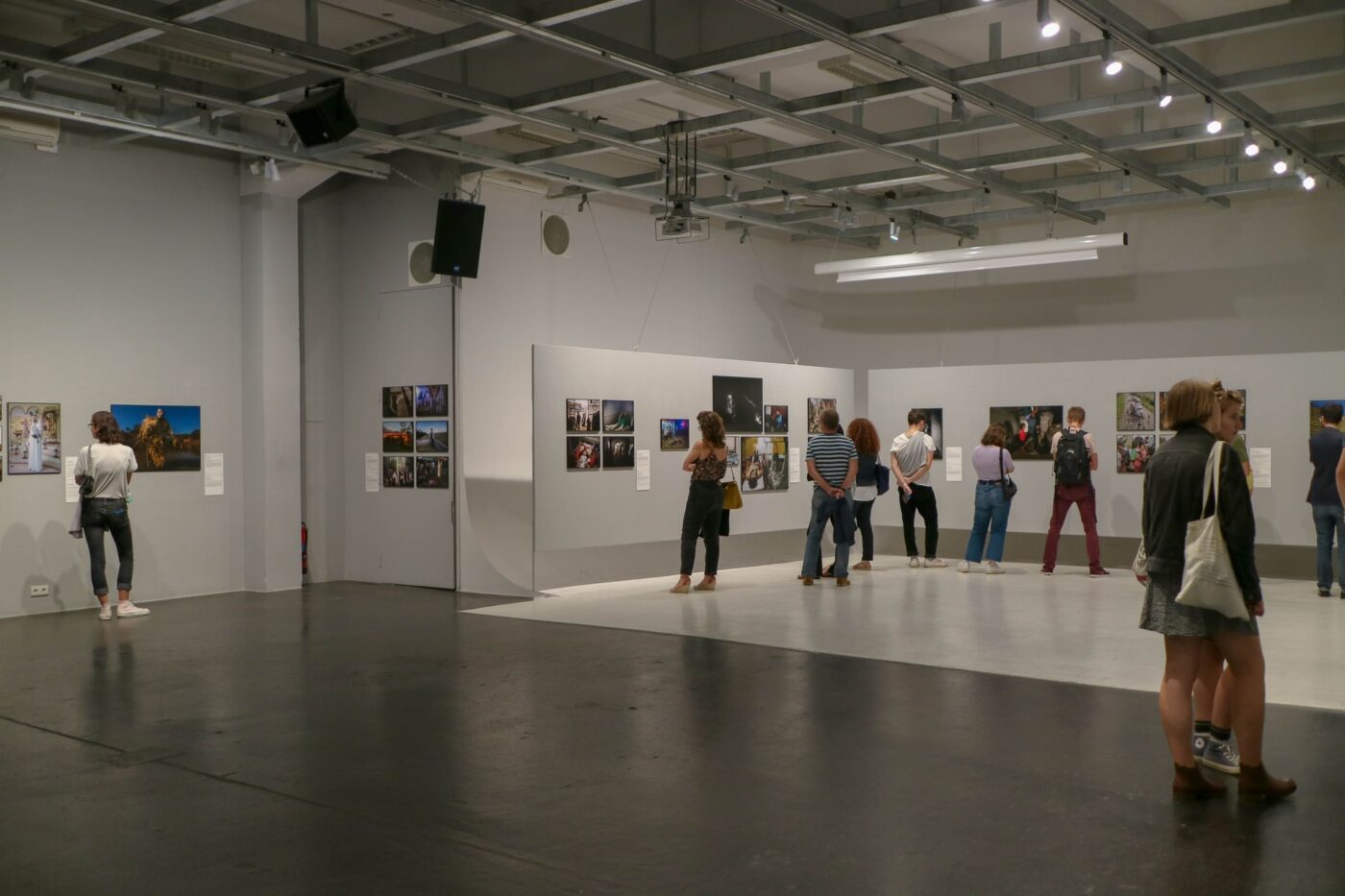 Benzie County in Northwest Michigan has many events throughout the year that bring something for everyone. In February, the Betsie Bay Frozen 5k takes place beginning at the top of Elberta’s beautiful lookout of Lake Michigan, along Betsie Bay, and ending in Frankfort. There are numerous Arts & Craft Fairs in Frankfort between June and November that offer handmade items. Over two weeks during the summer, Frankfort also hosts the Lakeside Shakespeare Theatre Festival on Tank Hill. A troupe of professional actors travels north to Frankfort to perform two Shakespearean plays. The Michigan Beer & Brat Festival is held at Crystal Mountain Resort in Thompsonville each August and is just as delicious as it sounds.

Benzie County is situated between Manistee and Leelanau Counties, and is a part of the M-22 highway tour.

Far removed from the big cities on beautiful Lake Michigan you’ll find Ludington, the kind of town people want to visit and many call home! 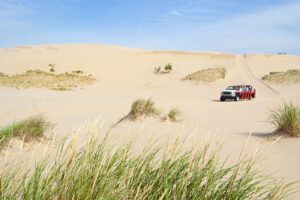 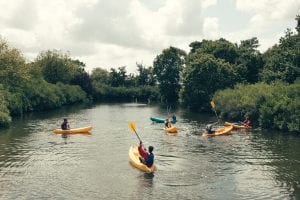 Set in the heart of the Manistee National Forest, Baldwin is a haven for those who enjoy the great outdoors. 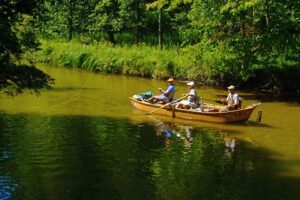 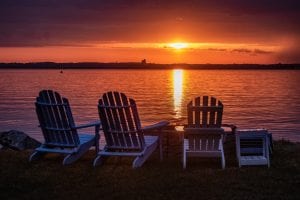 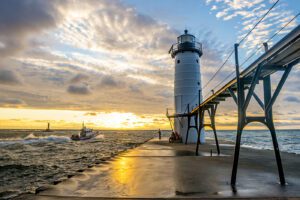 The Victorian port city of Manistee, MI features a River Walk, historic Ramsdell Theatre and the S.S. City of Milwaukee. 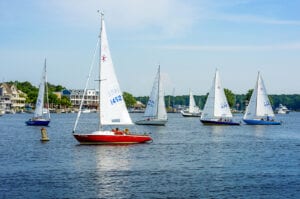 Pentwater is a charming West Michigan village on the shore of Lake Michigan, and a favorite summertime harbor destination. 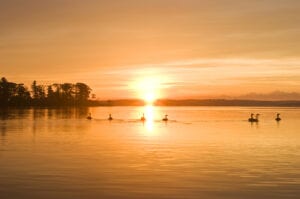