The West Michigan lakeshore communities boast numerous opportunities to learn about the area’s rich history and to expand knowledge through activities and exhibits.

Here are some of the museums that West Michigan has to offer:

The Hart Historic Museum is located at 100 S. Union St. in downtown Hart. The museum was designated as a historical site by the City of Hart in 1984 and is the site of Centennial Northern Market Chesapeake/Ohio Railroad deadhead. This historic village features dozens of original, restored buildings like Chief Cobmoosa’s cabin, the Randall School, Schaner Feed Mill, and Sackrider Church. There are also countless collections and displays to view. For more information, visit harthistoricdistrict.com.

Discover small town Michigan life in the late 1800’s and early 1900’s at Historic White Pine Village. Set upon 13 beautiful acres overlooking Lake Michigan, you can visit more than 30 museums that depict Mason County’s history. Historic White Pine Village opened in 1976 with only 11 buildings, one of which was the first Mason County Courthouse, built in 1849. Many of the buildings are original and were moved to the village. There’s something for everyone, as the exhibits encompass many areas of interest, such as maritime, lumbering, government, farm life, early education, business, health, and more. Volunteer gardeners lovingly tend the landscape so visitors can enjoy the beautiful scenery.

The Manistee Historical Museum is located at 425 River St. in Manistee and was originally dedicated as the Russell Memorial Building. The structure, as it stands today, is the same as it was in 1907. The permanent exhibits  include a special drug exhibit kept in remembrance of the store’s earlier history, lumberman’s business office, life-size log cabin replica, antique dental office, Victorian rooms, a maritime exhibit, and much more. The museum is open Thursday/Friday from 10am-5pm and Saturday from 10am-4pm January-March. April-December, hours are Tuesday-Friday from 10am-5pm and Saturday from 10am-5pm. Cost is $3 for adults, $1 for students, and $8 per family. For more info, visit manisteemuseum.org.

Housed in the oldest Danish Lutheran Church building in the United Station, The Old Kirke Museum celebrates Manistee’s history through seasonal displays with a focus on the Scandinavian Arts. The museum also hosts the best in first person story and song. Seasonal hours are the first two Saturdays of each month, July through October, from 11am-2pm. It is located at 304 Walnut St. in Manistee. For more information, visit facebook.com.

The Pentwater Historical Society Museum opened its doors officially on May 31st, 2014. Previously the First Baptist church, the museum is already considered a town jewel, not just for its destination aspects, but because of the many exhibits in the Museum. They showcase the memories and events of many of Pentwater’s current residents, and the people who grew up in Pentwater. Many of the items were donated by families in the area. The great thing about the Pentwater Historical Society Museum is that it showcases items that residents can connect to- old yearbooks, postcards, and photographs from the late 19th and early 20th century, and artifacts from many decades ago, but not so long that people won’t recognize or have a connection to those items. There is no cost to get into the Historical Museum, although donations can always be made.

The newest museum on our list, the Port of Ludington Maritime Museum, allows tourists and visitors alike to step back in the past and learn about Ludington’s maritime history. The museum is housed in the former U.S. Coast Guard Station, now on the National Register of Historic Places. The Ludington Maritime Museum building is in a prime location overlooking the harbor and is a popular attraction in an already beautiful Lake Michigan city.

The S.S. City of Milwaukee was built in 1930 to replace the SS Milwaukee carferry which sank in October of 1929. It launched in 1931 in Manitowoc, Wisconsin. She is a steel-hulled ship which is capable of carrying a capacity of 28–32 fully loaded rail cars. The ship was retired permanently in 1982 and is now preserved in Manistee, Michigan as a National Historic Landmark Museum. The Society for the Preservation for the SS City of Milwaukee is in charge of her care. Besides being a historical museum, the ship is also a seasonal bed and breakfast, offers space for rent to hold events, and is the location of the Haunted Ghost Ship each October.

The USCGC Acacia (WLB 406) was second to the last of a fleet of similar seagoing buoy tenders completed during World War II. Maintaining buoys, lighthouses, and other navigational aids were her main duties. The ship served as one of the many ice breakers engaged in Operation Coal Shovel, which serves to keep clear the channels between Toledo, Ohio and Detroit, Michigan. The Acacia was decommissioned in June of 2006, after 62 years on duty. In October of 2009 and after years of not running her main engines, she steamed herself to Manistee, Michigan and is now part of the attraction the SS City of Milwaukee National Historic Landmark Museum.

The Value of Sports Museum is part of Historic White Pine Village and adds significantly to the visitor experience available at this important area attraction. It goes beyond the game and final scores and highlights the importance that sports play in developing character for participants and non-participants alike.  The Value of Sports Museum, features professionally designed kiosks and exhibits that tell the stories of well-known athletes and local men and women who have excelled in sports and in life. These special people are role models for helping us appreciate and understand the life lessons to be found in sports – beyond the game.

Find Good Food and Fun Down on the Farm

Pet live animals, enjoy fresh produce and dairy products, and more! Lots of experiences are available for the family when you visit the farm!

Dune Rides in your ATV or ORV are popular at Silver Lake Sand Dunes in Michigan, but many rules and regulations apply. 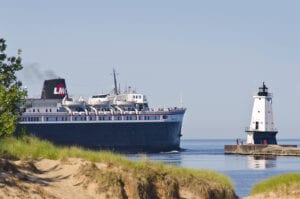 Hop aboard the Lake Michigan S.S. Badger Carferry! Take the famous cruise across Lake Michigan and experience the Badger and all it has to do! 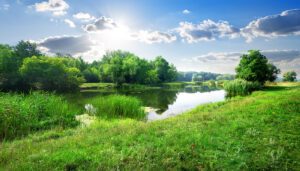 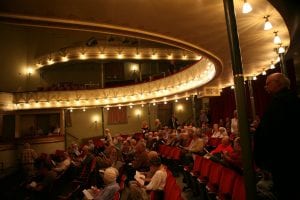 The Ramsdell Regional Center for the Arts is a cultural center in West Michigan and plays an integral part in Manistee’s history. 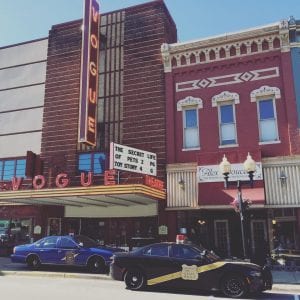 The Vogue Theatre in Manistee 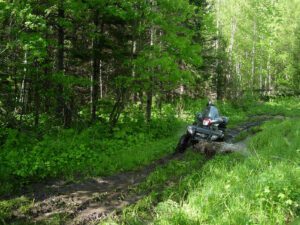 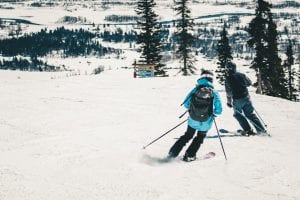 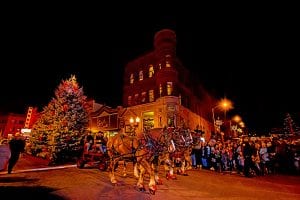 Good Cheer is Found in West Michigan During the Holiday Season

Enjoy the happiest of holidays in West Michigan! From Manistee to Ludington and every city in-between, there is holiday cheer all around! 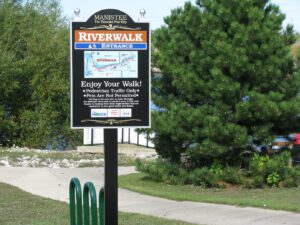